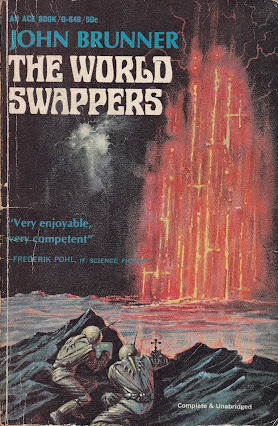 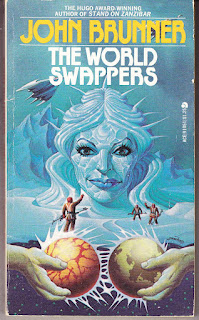 This is the only novel of Brunner's that I've read, but I have to assume that he improved considerably later since he produced two very highly regarded books, "The Sheep Look Up" and "Stand on Zanzibar." 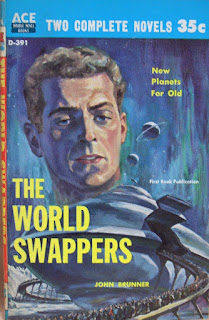 This book is a bit of fluff that displays all of the worst traits of Golden Age science fiction--a naïve faith in the ability of extraordinary individuals (invariably scientists) to engineer the optimum human destiny and a maddening tendency toward endless exposition delivered through interminable conversations.

The hero, Counce, subjects people to horrendous fates, including starvation and torture, all in the name of a greater good--and they love him for it later. 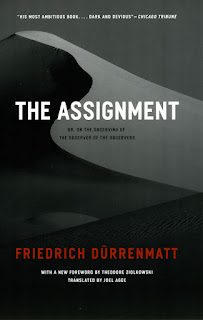 by Friedrich Durrenmatt A filmmaker is hired to investigate the rape and murder  of a woman in an unnamed North African country and becomes entangled in a web of secret plots and repressed sadism.   I am generally impatient with experimental literary techniques because they usually strike me as self-indulgences on the part of the author rather than attempts to communicate with the reader.  However, there is something to be said for Friedrich Durrenmatt's use of chapters that consist of a single long sentence.   Friedrich Durrenmatt It lends a certain breathlessness to the narrative and forces the author to winnow out all extraneous detail.   "The Order" (Spanish) Indeed, this is a very short novel.   "Observer's Observer's Observation" (Turkish) In the end, I did not find it effective.   "The Mission" (Greek) Durrenmatt is making a statement about the nature of observation, but it was lost on me, perhaps because the headlong nature of the struc
Read more 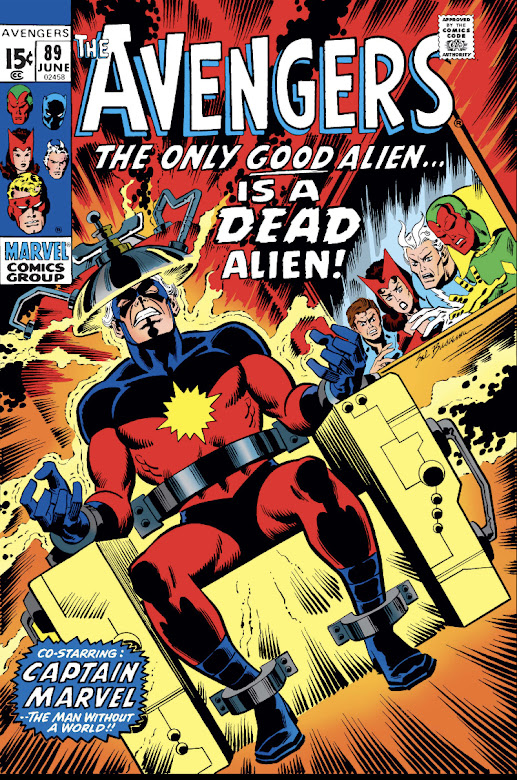 MARVEL EVENTS AND CROSSOVERS PROJECT Taking a broad historical overview of the Marvel Universe by reading through the major events and crossover events in order. (Thanks to The Marvel Event Timeline at https://comicbookreadingorders.com/marvel/event-timeline/ and Marvel Unlimited) Writer: Roy Thomas Artist: Sal Buscema  Inker: Sam Grainger The Avengers are on hand as Rick Jones and Captain Marvel finally free themselves from the condition that requires one of them to always be in the Negative Zone, causing Mar-Vell to be dangerously irradiated in the process ... ...and allowing the opportunistic Annihilus access to  our world.  Meanwhile, the stage is set for war between the Kree and the Skrulls. Roy Thomas tells a compelling story with just a handful of Avengers second-stringers and Sal Buscema on hand with the pencils that epitomized the Marvel look. I love the way this story sets us up to think that the Avengers and Captain Marvel are antagonists (even though we know there must be
Read more 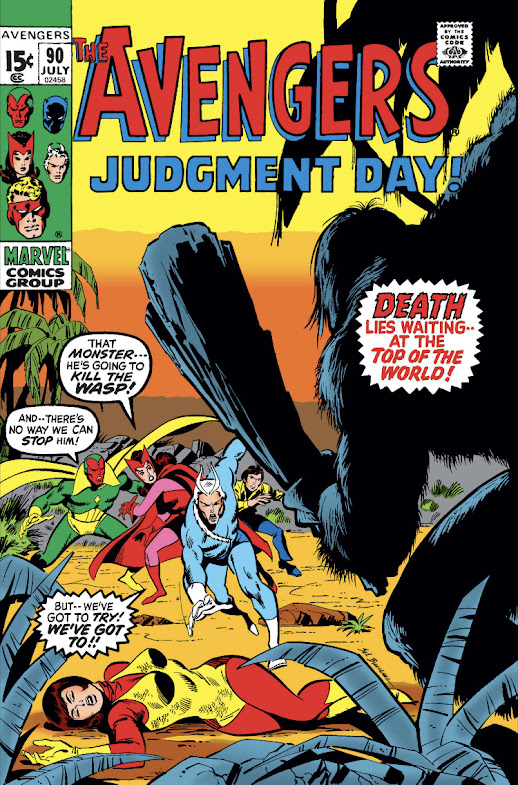 MARVEL EVENTS AND CROSSOVERS PROJECT Taking a broad historical overview of the Marvel Universe by reading through the major events and crossover events in order. (Thanks to The Marvel Event Timeline at https://comicbookreadingorders.com/marvel/event-timeline/ and Marvel Unlimited) Writer: Roy Thomas Artist: Sal Buscema A bit of a sloppy follow up to the la st exciting ish. Dejected after failing to stop Intergalactic Sentry 459 from absconding with Captain Marvel,  The Vision, The Scarlet Witch, Quicksilver, and Rick Jones return to Avengers Mansion just in time to view an emergency message from Goliath.  He has gone north to Alaska on a mission to back up Yellowjacket and The Wasp and implores his teammates to catch up, which of course they do.  No need to dress for the weather, apparently. And who do they discover but…Intergalactic Sentry 458 and his master, Ronan the Accuser. Isn’t that convenient?  They’re on hand for the initiation of Project Atavus, which will set back the evo
Read more