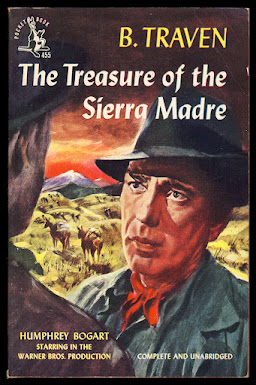 by B. Traven Three down-and-out prospectors in 1920s Mexico  strike gold and endure many hazards, none more dangerous than human nature itself.  The mysterious B. Traven writes wonderful descriptions of the beautiful and desolate Mexican landscapes.   B. Traven? His true identity is a mystery, but this gentleman is a popular candidate. This is a world where men are at the mercy of their lust for wealth and power, whether they belong to imperialist and capitalist institutions such as the Church and the government or are merely lowly laborers who aspire to rise in status.  Greed takes more than one form: it is the poison in a man’s soul that can turn him against his comrades and even himself; it is embodied in controlling organizations that suck the blood from society for the benefit of the elite.  This is contrasted with the peasants and native peoples, who exhibit common sense and live humble lives.  When the prospectors have gold to protect, they become suspicious of each other and th
Post a Comment
Read more 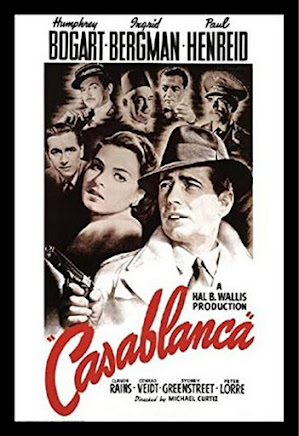 Director: Michael Curtiz Writers: Julius J. Epstein and Philip J. Epstein and Howard Koch, based on the play by Murray Burnett and Joan Alison Stars: Humphrey Bogart, Ingrid Bergman, Paul Henreid, Claude Rains, Conrad Veidt, Sydney Greenstreet, Peter Lorre, S.Z. Sakall A disillusioned nightclub owner in WWII Casablanca  (Humphrey Bogart) finds himself faced with a personal crisis when the woman with whom he had a passionate love affair in pre-Occupation Paris (Ingrid Bergman) shows up with her husband, a French Resistance leader who is on the run from the Nazis (Paul Henreid).  He is placed in the position of choosing between doing what is best for himself or for the world at large.  I think everybody knows his decision since this film features the most famous good-bye scene of any movie.  After all these years, this film remains fresh.   The dialogue crackles and the cast is among the best ever assembled.   Rightly regarded as a great American film.
Post a Comment
Read more
More posts