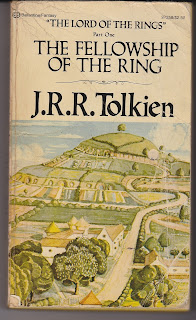 The evil forces of Mordor are on the move, and everything depends on the destruction of the One Ring of Power that has fallen into the possession of the hobbit Bilbo Baggins. 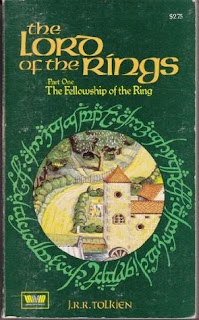 With the guidance of the wizard Gandalf and the support of a company of friends and allies, Bilbo’s nephew Frodo assumes the mission to take the Ring to the one place where it can be destroyed--in the very heart of enemy territory. 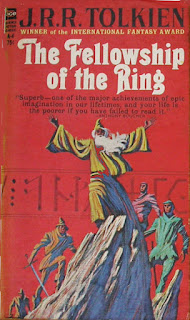 JRR Tolkien’s seminal work of fantasy is extraordinary for so many reasons.

There has never been a more comprehensive example of world building, existing at such a level of detail that there are extensive appendices devoted to the history and languages of Middle Earth. 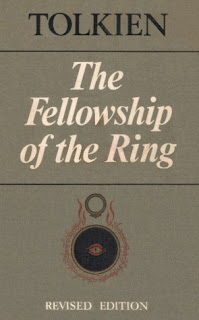 Tolkien developed many of the fantasy tropes that have become cliche in later years. 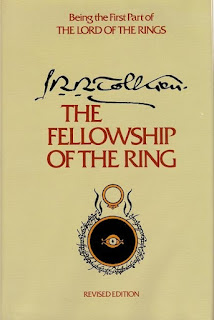 He can be faulted for spending too much time on the minutiae of his settings, but there is no denying the astonishing breadth of the imagination that is capable of creating such a fully realized milieu. 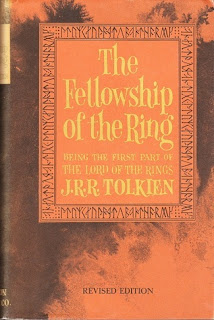 I am also quite moved by the central conceit of his tale, that in this world where mighty races are contending for ascendance, everything depends on the most unassuming and humble of Middle Earth’s nations, a people untouched by the lust for power, whose simple connection to nature defines them rather than the powerful technologies and magicks of other nations. 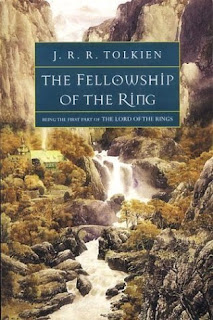 This connection allows them to retain their essential goodness in a world driven mad by war, which in turn makes Frodo and his servant Sam the only ones suitable to bear such a soul-corrupting force as the One Ring. 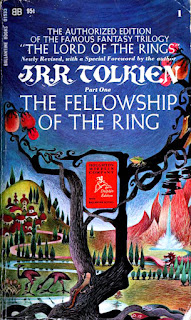 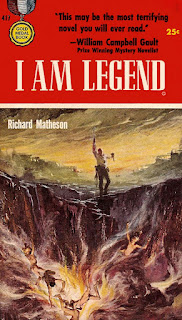 HALLOWEEN REVIEWS 2021 by Richard Matheson Robert Neville blockades himself in his home every  night to ward off the hordes of vampires that have taken over the world.  By day, he slays the undead in their sleep and researches their affliction, never suspecting what he himself is turning into.  Richard Matheson's seminal horror/SF novel is a terse, gripping tale of loneliness and a meditation on what it means to be human and what it means to be a monster.   Richard Matheson There is plenty of vampire action, but what really touched me was Matheson's depiction of Neville's reaction to solitude: his drinking, his melancholy reminiscences of his wife and daughter, his battle against despair, his heartbreaking attempt to befriend a dog, and the redemptive power in simply being seen and recognized by a sympathetic soul. "I Am Legend" (Arabic) British "I Am Legend" (Bulgarian) "I Am a Legend" (Chinese) "I Am the Last One" (Danish) "I A
Read more

Charlie and the Chocolate Factory (2005) 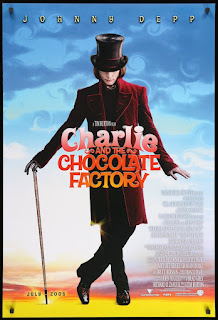 Director: Tim Burton Writers: John August, from the book by Roald Dahl Stars: Freddie Highmore, Johnny Depp, Deep Roy, David Kelly, Helena Bonham Carter, Noah Taylor Poor boy Charlie Bucket (Freddie Highmore) is one  of five children who win a tour of the incredible chocolate factory run by Willy Wonka (Johnny Depp), a famous recluse.  Inside, they find a wonderland made of candy, presided over by the bizarre, soft-spoken Wonka, a figure who can barely hide his distaste of children.  One by one, they fall victim to their own character flaws, until only Charlie is left to claim the bonus prize...  This movie has a great, colorful look.  The Oompa Loompas nearly steal the show; dead-pan actor Deep Roy is digitally multiplied to play all of the little workers, and their production numbers whenever another child bites the dust are one of the film's chief pleasures.  Some have criticized Depp for channeling a mashup of Mr. Rogers and Michael Jackson in his performance, but I felt he beh
Read more 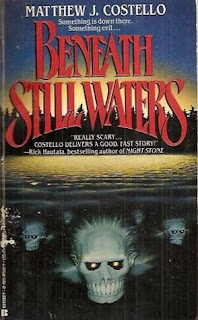 HALLOWEEN REVIEWS 2021 by Matthew J. Costello The town of Goulden's Falls, long sunken beneath  the surface of a man-made lake, harbors a terrible secret.  As the fiftieth anniversary of the local dam approaches, a forgotten horror awakens, drawing two independent journalists into its orbit.  This novel actually succeeds as an efficient, effective little thriller for much of its length.   By the end, however, it becomes clear that author Matthew J. Costello has no way to end it other than by falling back on the hoariest of B-movie clichés.  Until that point, though, it evokes some pretty good shudders, particularly in scenes wherein divers explore the submerged town.
Read more