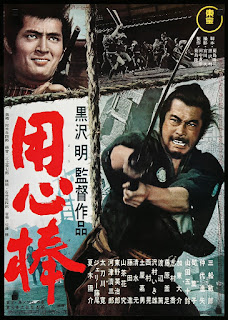 A nameless ronin arrives at a village where two criminal factions are battling for supremacy while the peasants cower in fright.

"In this town, I'll make a lot of money for killing," he muses, "and there are a lot of people who need to be killed."

Establishing a reputation as an expert fighter early on, he soon has both factions bidding for his services and takes advantage of the chaotic situation to inflict damage on both of them while surreptitiously aiding the peasants.

Toshiro Mifune excels as a rogue who seems amoral on the surface, and director Akira Kurosawa demonstrates the filmmaking skill that made him a legend.

Spoiler!!! From the end of the movie!! 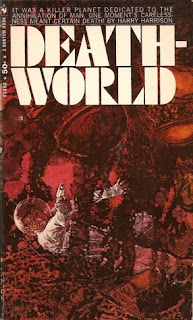 by Harry Harrison A professional gambler finds himself on the most  lethal planet in the known galaxy, where he tries to help a dying colony cope with the dangerous indigenous lifeforms and achieve rapprochement with a human faction that has managed to live peacefully with its surroundings.  Harry Harrison’s novel is a prime example of pulp SF.   Harry Harrison It has plenty of action, humor, and scary alien monsters, but also a compelling mystery and a realistic view of human nature.   Happily, it resists the Golden Age trope of resolving the story’s conflict by simply having the smartest guy in the room lay out the solution and having everyone else bow to his wisdom.  (There is a little of that, but it's a much more nuanced version than many I have read.)   Hollywood is always looking for a good story and I think a killer movie could be developed from this.
Read more 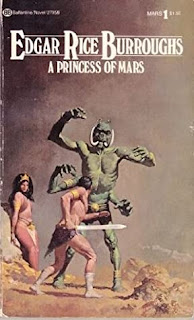 by Edgar Rice Burroughs John Carter, a Civil War veteran, is mystically transported  to a Mars which is populated by all sorts of peculiar beings.   Enslaved by giant, green barbarians who also respect him for his physical prowess, which has been enhanced by Mars's weaker gravity, Carter manages to survive despite overwhelming odds and win the hand of a beautiful princess.   Obviously, this is not "The Sound and the Fury."  It's better!   It is a sterling example of escapist literature from a master of the "lost worlds" genre of fantasy.
Read more 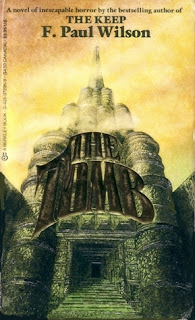 by F. Paul Wilson Halloween Reviews 2020 Something is happening to the members of the Westphalen clan.  Fortunately, one of them is dating Repairman Jack, a man who lives off the grid and handles situations that no one else can.  And this situation definitely needs some special handling, because it involves East Indian monsters and an old curse.  F. Paul Wilson tells a heck of a story here, which makes up for his frequently clunky prose.  F. Paul Wilson There are some really nail-biting scenes and a few surprises that came along just when I thought I understood everything that was happening.  Many readers say that Repairman Jack is one of their favorite literary characters and I may end up agreeing (I intend to go on reading these novels), but I felt his presentation was a weak point of the book.  He never really seemed as dark and dangerous as Wilson wanted me to believe because too much time was spent on his soft side.  There is a harrowing flashback to the events surrounding his mot
Read more